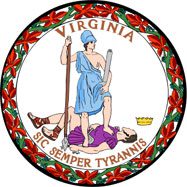 Governor Glenn Youngkin announced recently that Virginia’s unemployment rate remained unchanged at 3.3% in January, while total non-farm payroll employment decreased by 4,900 jobs. The Commonwealth’s seasonally adjusted unemployment rate of 3.3% is 1.5 percentage points below the rate from a year ago.

“The economic growth that we have seen in recent months slowed slightly in January, but that’s no cause for worry,” said Secretary of Commerce and Trade Caren Merrick. “Our unemployment rate continues to be below the national rate, and our labor force participation rate rose to 62.9% last month.”

For details, visit the Virginia Employment Commission’s website at vec.virginia.gov.